Books have a way of telling the future through lessons from the past. Some of the most celebrated 20th-century novels are based on relatable plots that, in ways, predicted a distant future. For this reason, the 20th century’s greatest fiction write-up remains relevant to date.

We have had great writers like William Kennedy, Virginia Woolf, John Dos, Joseph Conrad, and Dos Passos, who have penned pieces that have shaped the literal space. Here’s a list of twenty titles that you will not miss in the list of 100 best of all time.

George Orwell’s masterpiece, 1984, is a forever classic for its message. The state of Oceania is ruled by The Party, with Big Brother enforcing the law through Thought Police. No one is allowed to think for themselves in this future modelled after Stalinist Russia and Nazi Germany. A grim look into a future all too possible is what this classic novel delivers, and the fact that it is so relatable is what endears most readers to it.

To Kill a Mockingbird

American author and Pulitzer Prize winner, Harper Lee, wrote one of the greatest narratives in 1960 that is still studied in the literature. She fashions the piece around the happenings in her hometown of Monroeville, Alabama, and talks of such heavy stuff as rape and racial inequality. It has been a mainstay in high school teaching to encourage kids to be more tolerant of others like or unlike them. Despite the heavy topics discussed, Lee delivers her message warmly and lightly. It is quite reminiscent of Ralph Ellison’s The Invisible Man.

This timeless classic written by the English writer Aldous Huxley in 1931 and published in 1932 mirrors Orwell’s 1984, thanks to its depiction of a dystopian society. Everyone is engineered socially and all aspects of their lives are subjected to interrogation through reproductive technology, psychological manipulation, classical conditioning, and sleep-learning.

One Hundred Years of Solitude

Gabriel García Márquez authored this masterpiece in Spanish in 1967, and it has since been translated into 46 languages. The patriarch of the Buendía Family founds the utopian town of Macondo at some riverbed when he moves his family after a dispute with his extended family.

When Albert Camus talked about this book he authored, he summarized it this way: a man who doesn’t weep at his mother’s funeral risks being suspected of foul play. The main character, Meursault, is at the heart of controversy when his mother dies, and the book breaks the story into two parts: his first-person narration and the investigator’s view.

F. Scott Fitzgerald’s writing explores romantic relationships, power, and money among a few people. There is drama, murder, and other areas that a reader will find quite intriguing. It tells about the mysterious millionaire Jay Gatsby and his obsession with his former lover, Daisy Buchanan.

Russian-American author, Vladimir Nabokov, wrote one timeless masterpiece that explores some controversial topics. The protagonist, who goes by the pseudonym Humbert Humbert, is obsessed with a 12-year-old girl, Dolores Haze, whom he sexually molests when he becomes her stepfather.

George Orwell hits again with his 1945 piece that is as relatable as any of his other notables. Animals on the farm are unhappy with the leadership of their human farmer, so they organize to rebel against him to get equal rights. The rebellion collapses, and they return to the dictatorship they were under when a few betrayed the rest.

The Grapes of Wrath

John Steinbeck won the Pulitzer award for his writing, and this book was cited quite a lot when he won the Nobel Peace Prize in 1962. It is set in the Great Depression when residents of Oklahoma leave their homes in search of dignified lives when drought pushes their existence to the brink of collapse. It is cited for its historical teachings, lest the youth forget.

Joseph Heller tells the stories of people serving in the military in WWII in a human way. Although fictional, some stories mirror what happens on the battlefield, with real people simply trying to serve their country while maintaining their sanity so they can return home when the war folds.

Firefighters are commissioned to burn every book as this dystopian society is banned from reading. One hero, fireman Guy Montag, quits his job as he cannot continue with this anymore, henceforth getting on a mission to save as much literal material as possible.

The Catcher in the Rye

J. D. Salinger speaks about the things society neglects, like angst, depression, sex, rebellion and growing up. It was initially meant for adults but quickly became a proper read for teenagers and young adults, too, who relate well to it.

Franz Kafka tells the story of a man, Josef K., investigated and arrested for a crime that the reader doesn’t get to know. Kafka did not finish this book as he died before its publication, but his friend sent it to the publishers, so we all got to read it. Though the end is unclear, the reader gets a glimpse of what the writer may have intended to feel like an intentional ending.

The protagonist, Alex, narrates his experience in the hands of the state that attempts to rehabilitate him. The story is set in the future, where the youth run wild and violent.

Lord of the Flies

A group of boys attempts to govern themselves in the wild, bringing out individuality and groupthink. Different shades of human nature, as presented in the novel, are extensively analyzed and can be seen on PapersOwl’s essay examples, showing the darkest sides of society illustrated by a group of children. Though it was penned in 1954, this piece is quite relatable today.

This anti-war write-up follows Billy Pilgrim’s life and experience before, during, and after the war and will make you question the need for war. The texts are reminiscent of things that have been said by soldiers who have seen combat.

When Truman Capote learned of a murder involving the Clutter family, he moved in quickly to investigate before the authorities even began. His records are the accounts of findings on murders most foul.

This 1985 novel follows the life of a gang, Glanton, that killed indigenous people for pleasure, bounty, and malice. The themes are violence, religion, epigraphs, and eventually, some justice.

Margaret Atwood writes about a dystopian society where women are captured and forced to reproduce for their masters in a totalitarian state known as the Republic of Gilead. It has been successfully adapted into a TV series.

The Master and Margarita

This book is set in two places: Moscow, where the devil visits Patriarch’s Ponds and targets its elite and trade union, and Jerusalem, with the followers of Yeshua Ha-Notsri. In the first part, the author mocks the elite with their show of might, while the devil and the lord meet in the second.

Whether it is an American tragedy or history told through dystopian societies, a good story has a way of capturing its audience. Have you read any of the above best novels of the 20th century?

Top 5 Reasons You Should be Using Elderberry 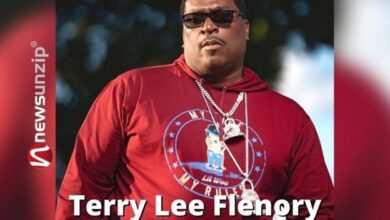 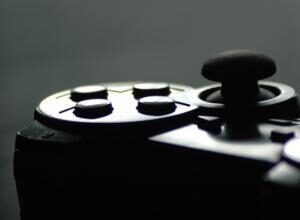 Unmissable Trends in Digital Marketing That Will Rule 2020

Here’s What No One Tells You About Caronavairus.

The Power of Manganese: 6 facts on How This Mineral Can Augment Proper Hair Growth
July 8, 2021

The Power of Manganese: 6 facts on How This Mineral Can Augment Proper Hair Growth