There is some best software in the market that offers artists for creating webtoons digitally and it becomes even easier to get professional-level software as long as you have a device such as an iPad or laptop. Webtoon is the latest and rapidly growing entry into the broadening world of online comics. The webtoons is a storytelling platform for hobbyists. The format is a fundamental factor for webtoon’s popularity.

What is the difference between Webtoon and webcomic?

There is a reason why webtoons are not called webcomics. Webcomics is identical to webtoons but there are some significant differences between them. While webcomics transpire over many pages, webtoons are usually one long vertical strip.

What are the best software for webtoon artist?

By choosing the right software, anyone can become a webtoon maker. Webtoons with dramatic art can keep the audience hooked with comedy, drama, and powerful characters. On the other hand, impressive webtoons with no substance will be trivial and boring. Below we have shared some of the top-class software for webtoon that you can use to become a successful webtoon artist.

Clip studio paint is a flexible software that offers a wide range of specialties including comics, illustrations, and animation.it comes with plenty of digital art tools. Hence you can begin to use it for comic productions such as for webtoons. Clip studio paint is suitable for creating various types of art such as illustration.

This software has two versions, PRO and EX. Comics with Multiple pages and full-fledged animation can be created with the help of a higher grade EX version. Whereas the Pro version can be used to create character art, concept art, and illustrations.

This one of the best software for webtoon has an amazing range of brush tools that helps you draw characters, the background you can add audio as well. Schools use clip studio paint for teaching purposes. Clip studio paint is one of the best comic software for artists with tools such as panel slicer, colorize fill, and inbuilt  3d background pattern traits that many other programs don’t have.  This webtoon program offers webtoon canvas settings and it has the proficiency to split vertical tapes into various smaller tapes for work convenience.

There are a few Clip Studio paint alternatives that you can get at a much cheaper price. However, there would be some limitations with drawing and comic features.

IbisPaint is another software used for webtoon comic creation by artists. It is specifically for smartphones or tablets. IbisPaint has similar comic features like clip studio paint have such as automatic inbuilt screen record feature.

Artists can record their drawing as a time-lapse video and can post it to their official website or Twitter. It has more than 2500 textures and screentones and it has a complete range of manga creation features like frame border function.

In IbisPaint, canvas size and dpi have a limitation. For black and white comic art, B5 or A5 canvas is unable to work in 600 dpi resolution. The free version of IbisPaint displays ads and limits the number of brushes for artists. Users can watch ads and unlock these functions for a short time. The paid version can remove ads and brush limitations.

MediBang is free desktop software that is used in the webtoon comic art program. MediBang consists of free material assets. You can unlock many features just after registration as a user or log in. It is a great way to try out many types of features for free of cost. It is one of the best software out there for drawing manga. Medibang has simple drawing tools, however, if you purchase its paid version you can customize its tools. It has main functions for drawing manga such as screen tones and frame borders. Medibang consists of a panel divide tool and canvas resize tool that is used for creating webtoon panels, as webtoons are vertical stacked comic pages. It is created by the same company that creates the apps such as Jump paint and Manga name. These apps are used for creating comics rather than Illustrations.

Medibang comes with several cloud functions, including access for 1000 screen tones and 20 different fonts. While working on the other devices, you can save your work on the cloud. You must register or log in to use these functions in MediBang. MediBang or clip studio paint both are great options for drawing black and white comics. MediBang keeps manga and art contests for ambitious comic artists to participate in.

The next-gen technology has removed various barriers not just in terms of devices but also traditional ways of creating webtoons. Even with a tablet or a smartphone, you can start creating webtoons or comics with the help of one of the best software for webtoon artist. We hope, now you are well aware of the webtoon programs and now able to choose the one with suitable features for you. 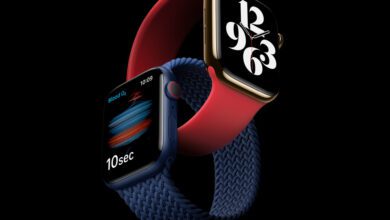 How The Apple Watch Become a Fitness Tracker Why is Wildcard SSL Preferred over Free SSL? 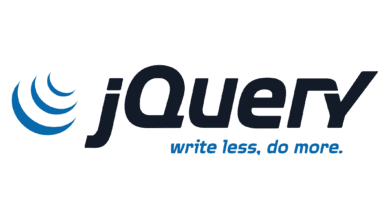 Will Your Men’s Gold Chains Tarnish With Time?

Reasons To Pick The MX Player

Meet The Future Now: How To Make The Most Of Your Cryptocurrency
May 31, 2022

Meet The Future Now: How To Make The Most Of Your Cryptocurrency

Choosing the Best Cosmetic Box for Easy Handling of a Product
December 11, 2019