Today, every other thing depends on electricity, from devices to appliances to electric cars. However, despite how fast electricity has advanced to make our lives more convenient, tons of electrical problems may arise in a household at some point in time.

Don’t be quick to blame the power grid based on its archaic structure. Be mindful that the wiring done within most houses are pretty out of date. Hence, as a result, the wires have a hard time supplying power to an array of electronics, appliances, and lighting fixtures that rely on electricity itself.

Whether you need to illuminate your home or power appliances, you must ensure that the electricity you’re relying on runs efficiently and faithfully. As a matter of fact, many electrical fire hazards are hidden within the walls of a home.

However, looking out for signs that imply electrical damage or warning signs like warm outlets, bad odours, and a number of other warnings can prevent it from becoming an expensive and dangerous problem.

There’s not just the electrical damages that can become expensive, also your electricity bills may surprise you depending on your home energy plan. To cut bill surprises, residents of each state can choose the best and most affordable energy plans. In Texas, where you are able to choose Payless Power by signing up for a prepaid electricity plan which offers many special features to help you manage your energy and save on bills.

Below, let’s take a look at some of the common causes that leads to electrical problems in your home, and how you can fix them.

This is something we don’t usually think of, but in all honestly, as a home ages, so does its wiring. And if not looked at at the right time, old wiring can turn out to be quite problematic for the electrical system in your home.

In fact, old wiring can also be outdated by the electrical code regulations. The issue is that, with time, insulation wears out, which in return loosens the connections. Thus, power outlets eventually die.

This is exactly why it’s necessary to approach an experienced electrician in Samson to inspect the system and further help prevent it from causing major electrical problems, such as a fire. A significant percentage of home fires are generally due to electrical issues.

Therefore, utilize preventative maintenance before it’s too late. This goes the way for older electronics too. If the wires can be seen on your appliance or plugs, it means they’re at the end of their rope.

It might be time for you to reevaluate what’s being plugged into the house.

Due to the risks that arise with electricity, most homes are equipped with a few safety features that are solely designed to cut the entire house’s power at the slightest electrical problem. These safety triggers are GFCI outlets powering off connections, tripping the circuit breakers, breakers or fuses “blowing” in the main electrical panel.

If you were to experience a swift, microsecond shut down of power in the house, then you’ve most likely had a power surge. No one reason causes an electrical surge. They can occur due to lousy wiring, faulty appliances, tripped circuit breakers, lightning strikes, power line surges, among others.

Since surges happen really quickly, you may miss one right when it happens. An average home experiences many small surges through the entire household. Most surges are usually internally generated. In other words, they’re transient.

If they happen on a much frequent level, they can likely cause a heavier damager to electrical components and especially to devices that are plugged in at theta point of time. Hence, DO NOT plug in your laptop to an already overloaded circuit.

If you realize there are too many surges occurring in your home, start by unplugging cheaply designed devices from the outlets, and see if there’s a stop in the surges. You can also purchase First Energy’s Electric Surge Coverage plans as they’re reliable and reasonably priced.

With how fast technology is evolving, more and more people are installing wires by learning from the internet – a DIY installation. But, to be fair, you shouldn’t opt for a DIY installation as wiring is a serious job, and if not done properly, it can be heavy on your wallet in the future.

Many homeowners go for a DIY just to save money, and barely have the necessary skill set for electrical work. With older homes, electrical problems usually pile up due to improper DIY fixes that were done previously.

The biggest problem comes from underground wires – 3 prongs vs 2 pong plugs, and of course not forgetting unprotected wires. If you suspect the slightest issues with your wiring, or something just looks off, get it checked as soon as possible.

House maintenance is easy to overlook. If there isn’t an evident problem, then you may not even give a second thought to what’s happening in the house, especially since such issues are hidden with the walls, just like the electricity.

To make sure your home stays in the perfect code and to prevent any major damage from happening, have routine electrical maintenance performed by an experienced and licensed electrician.

This can either be done annually or depending on how often you prefer it to be done, Electrical maintenance is perhaps the most important task that should be done around a house. After all, they come with bigger risks if they’re not inspected.

We’ve shared the four most common causes that lead to electrical problems in a house. It’s your duty to safeguard your home and even lookout for potential problems that may result in much bigger damage. 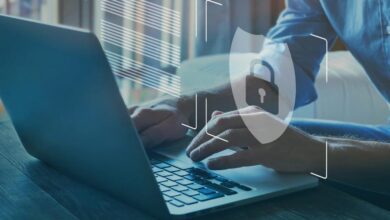 How to Hire a Digital Agency – Choosing the Right One

5 Things You Need To Know When Buying A Mattress Online
September 3, 2021

5 Things You Need To Know When Buying A Mattress Online

5 Tips To Decrease Sodium In The Diet