Most of the people around know about the blue van with orange flowers and groovy green accents all over it. It was something that captured the imagination of many people when the first Scooby-Doo franchise hit the TV screens all over the USA. All over the franchise run, this mystery machine was itself a whole character alongside the Scooby-Doo, Velma Dinkley, Fred Jones, Shaggy Rogers, and Daphne Blake. This is a teenage gang who solve mysteries and always need a ride to go on adventures crossing their country to remote locations for the investigation of supernatural claims and catching bad boys. You can find remote-controlled cars like traxxas slash to spend a perfect time.

This mystery machine is a van quite similar to the best passenger vans for large family and one of the best-used cars for college students.

If you are also one of the Scooby-Doo enthusiasts and have a love for cars then you may also have wondered about the type of van this Mystery Machine was and how it got changed after the first release of the franchise.

If you are one of those then you are at the right place because this is the point where you will get everything known about the Scooby-Doo Mystery Van.

What is The Mystery Machine?

The Mystery Machine was the official vehicle of a certain crime-fighting gang that is actually the main cast of the TV show and movie franchise called Scooby-Doo. This van AKA Mystery Machine gets immediately recognized by the fans of this series as it appears in animated and live-action forms both over the franchise in the last 50 years of time.

The lore of the show holds that before the Scooby-Doo van became the official vehicle of the famous series, a family band known as mystery kids were the owner of the van. As the band was the owner, the keyboardist of the group, Flash Flannigan gave the van its iconic paint.

As Flannigan quit his job, he put that van to sale, and immediately it was bought by Fred Jones, who is the leader of the Mystery, Inc. gang. Being the owner of the van he got quite attached to it and was always driving it. In fact, he begins taking the crew to and from the adventures.

What is The Color of the Scooby-Doo Mystery Van?

Actually, you cannot identify the van as it’s in its make and model condition. It is only recognizable by its paint job. From the point Fred brought the van, it retained its hippy-inspired paint job and this is what made it instant recognition for the viewers for years.

The vehicle features a medium blue paint base with unique horizontal green-colored strips on top with slopes up and down all across the van half bottom. A few orange flowers are an accent to the side of the van on the top of those green strips. The top panel of the van is also almost green that serves as the background to the groovy orange text that is “The Mystery Machine.” The front of the van has the same green and blue paint job incorporating a mounted spare tire in the green color case with an orange flower on top of it.

The early run of the animated series, “Scooby-Doo, Where Are You!” features the look of the van and for further several years it was in the same look. However, at some time the flower power aesthetic of the van got combined with the charismatic meddling teenagers captured the spirit of the time. With a bit of time, it got changed but almost it had the same green and blue paint job and green and orange Mystery Machine decal on its side.

Apart from the van’s work to take the gang around, it also had a few other features that allowed the group to solve mysteries and get away from fishy situations. In the backside of the van, you could get lanterns, ladders, and rope. In some of the episodes, they got parachutes installed too. Alongside these extra tools inside the van, sometimes there would be a long bench too. It was a great piece for sitting to plan new strategies for solving new mysteries.

Usually, the bench got paired with computer equipment or kitchen cabinets. Often, you could find tables and chairs on the back too. These were the features that gave the team additional capabilities that were needed and suited for high-tech adventures or when they needed supplies.

At Volo Auto Museum, you can easily go and see the displayed Mystery Machine that was a part of the live-action Scooby-Doo movie. If you are a real enthusiast and Scooby-Doo fan then it will be a great visit for you.

10 Ways to Improve your Life Quality with Chiropractic Care 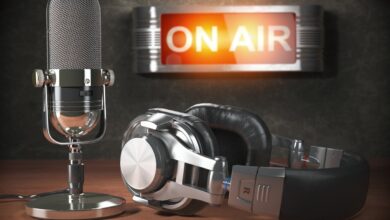 Top Five Netflix Series You Must Watch Before September Ends 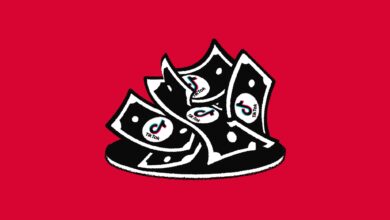 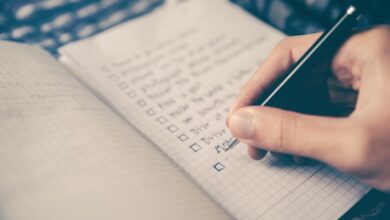 Check Also
Close
Featured Posts
How Many Types Of Data Entry Course Are Available There?
April 2, 2021

What should you pay attention to when buying men’s t-shirts online?
June 25, 2021

What should you pay attention to when buying men’s t-shirts online?

What Video Marketers Should Know in 2021

How to Land Your Dream Job: 5 Strategies for Success