The development of software has changed the entire world. In fact, many of the everyday tasks that you complete without a second thought would be impossible without dedicated software.

However, many people are unaware of the fact that software must be extensively tested before it is made available to the public. Otherwise, you run the risk of encountering a large number of complications.

Let’s take a look at everything you need to know about software testing and why it is an essential practice.

So, What Exactly Is It?

As the name suggests, software testing is the process of ensuring that software meets certain standards. More specifically, the software in question is put through a series of trials in order to determine its overall level of functionality.

For example, software testers might attempt virtually every possible action that the average user would be likely to engage in. This will provide them with insight into how the software works under applicable conditions.

Without software testing, every program that was released to the public would be riddled with bugs and inadequacies. This would be a particularly frustrating situation for those who purchased premium software licenses.

Why Is It Important?

As previously mentioned, software must be extensively tested before it is made available. However, there are key factors regarding why it is so important.

Let’s take a look at a few of the most notable.

Unfortunately, it’s not uncommon for compatibility issues to arise when integrating new software into your workflow. In context, this means that certain programs may not function properly for users who utilize certain devices.

The same can be said about those who run certain operating systems.

It’s also possible for these problems to manifest due to conflicts that a certain program has with other programs. As you might guess, anything less than full compatibility for common devices and operating systems could make software unusable for the majority of users.

The cybercrime industry as a whole is projected to be worth over $10 trillion by the end of the decade. This means that it is absolutely imperative that new software is tested for security vulnerabilities.

This is especially true for applications that collect sensitive information, such as bank info.

Since even a single data breach could be potentially catastrophic, extensive testing must be performed to determine potential security flaws.

Of course, you can’t overlook the fact that software testing is the only way to ensure that you meet quality standards. This could involve testing the loading speed of the program, how the software reacts to certain user inputs, etc.

Put simply, testing for quality involves looking for as many factors as possible that the user could perceive as being negative. Additionally, the step of testing looks for areas that can be improved.

The user interface of a mobile app, for example, may not be a sleek or intuitive as it should be.

What Does the Process Involve?

Although software testing might sound straightforward, it’s a bit more nuanced than you may believe. However, it can be broken down into three primary segments.

The planning phase involves deciding what exactly you’re going to be testing. This can be thought of as the foundation for the entire testing process.

As you might guess, the planning phase will become more extensive when you are dealing with comprehensive software. This is due to the fact that testing software with a higher number of details can take exponentially longer than testing a simple application.

After you finish planning, you can begin to transition to the execution phase.

Here is where you will run tests on the software. In practice, this involves performing certain actions during certain scenarios and then recording the results.

To elaborate, let’s assume that you are testing a mobile application that allows freelancers to keep track of their projects and the time they have spent working on them.

Part of your testing could require you to see what happens if users enter a large number of projects at once, enter a negative number of hours, etc.

More involved testing could require you to create highly specific scenarios that users have a chance of finding themselves in. Throughout the process, you will record all of the tests that the software both passed and failed.

You can visit Qualitylogic.com to learn more about software testing.

Finally, you can compile all of this information into a report. More often than not, this is a single document that outlines your findings.

This allows you to streamline how you convey this information to interested parties, such as clients who are funding the development of the software. Within this document, test failures are the most important piece of information.

These should be accompanied by a clear explanation of the events and steps on how to re-create them.

So, you’ll need to keep this in mind in the future in order to circumvent obstacles that you would otherwise encounter. From here, you can take full advantage of software testing and the benefits that it is able to provide.

Want to learn more useful info that can help you out in the future? Be sure to check out the rest of our blog.

What Skills Do You Need to Become a Tax Preparer? 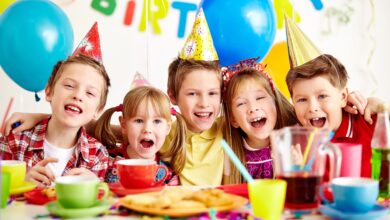 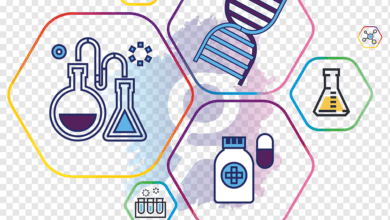 Canvas Prints Are Something Else: They Offer Printed Photos Supremacy
March 21, 2022

Canvas Prints Are Something Else: They Offer Printed Photos Supremacy