They say not to take a single day for granted because you aren’t guaranteed tomorrow. What a true statement. Every day someone leaves for work, school or to run errands, you can’t be sure you’ll see them again. Due to a lack in regulations and awareness, many people have been exposed to harmful contaminants and pollutants every day at their jobs. Whether the companies knew or not about the pollutants present, asbestos.net points out that the affects of constant inhalation of asbestos can be deadly, really hitting home the importance of cherishing each and every day on this earth. Here are three careers affected by mesothelioma.

In the 20th century, asbestos-filled conveyor belts were all over the industry. When the belts started to wear down, the asbestos seeped into the air and ultimately into the lungs of the workers. Factories are usually pretty enclosed and lack a significant amount of air flow which means the harmful particles stay where they are, affecting employees. While regulations have improved factory conditions, the threat of asbestos inhalation for these workers is still present.

In the 1900’s, homes were built with materials chock full as asbestos. It was found in tiles, drywall and shingles etc. Therefore, workers who built homes and other buildings were around these materials constantly, inhaling asbestos. While the government has regulated the amount of asbestos that can be in construction materials which is a benefit, workers who demolish homes built before 1970 face the risk of inhaling asbestos as the home is torn down, and the particles are released.

While this job already comes with significant dangers associated to its day-to-day routine, there were miners who specially looked for and mined asbestos. When underground, there was little to no air circulation and ventilation which means the workers inhaled the particles constantly. This practice took place until 2002 in the United States before the last mine of asbestos was harvested. The workers in this profession are at a high risk for developing mesothelioma since they were around the active particle every single day. Legal action can be taken if you or someone you love has been diagnosed with this deadly disease, and mine workers have a high chance of winning their cases.

No one wants to think about dangers in their professions, but it’s no secret some professions are more dangerous than others. What’s sad is that so many people weren’t even made aware of the health complications they could face in the future from going to work every day. Taking action and learning more about asbestos can help a family come to terms with a harsh reality.

All you Need to know About Bvlgari Diagono watch 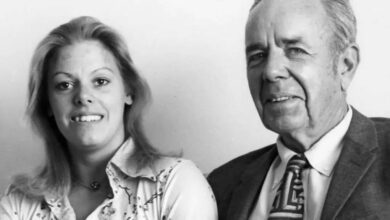 Check Also
Close
Featured Posts
Wedding Band Shopping: When is the right time to buy?
May 28, 2021

Wedding Band Shopping: When is the right time to buy?

Top 7 Factors to Consider When Shopping for Clothes Online
June 22, 2021

How to Get Skinny. 14 Proven Facts